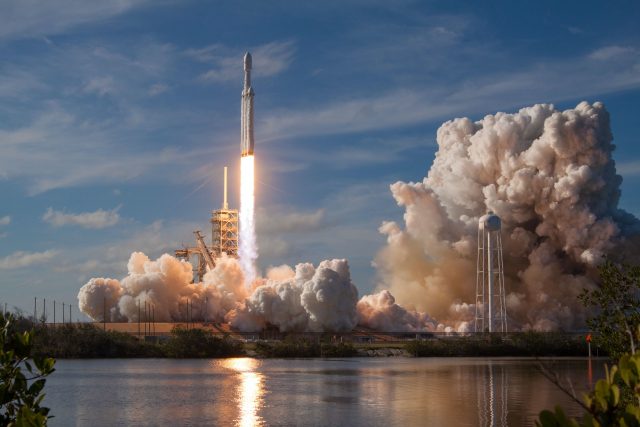 It is a new beginning for India’s spacefaring history. “Prarambh” (the beginning), a privately developed rocket by Skyroot Aerospace is all set to hit the stars on November 18. Vikram-S by Hyderabad based Skyroot Aerospace is undergoing final launch preparations at the ISRO (Indian Space Research Organisation)’s launchpad in Sriharikota.

It is the first mission for Skyroot, hence the name “Prarambh” which means the beginning. ISRO’s chairman S. Somanath unveiled the mission in Bengaluru. The Space regulator IN-SPACE has already cleared the mission after its technical launch.

The maiden mission is going to carry payloads of two Indian and one foreign customer. One of these payloads include a 2.5 kg payload developed by students from several countries, including India.

The rocket will set off from the ISRO’s launchpad at Sriharikota.

It is a very important mission for the Skyroot Aerospace. It will also help in validating 80% of the technologies to be used in the Vikram-1 orbital vehicle, to be launched next year.

Initially scheduled for launch on November 15th, the mission was postponed due to inclement weather. This unexpected problem has put off the sub-orbital launch of India’s first privately developed rocket by three days.

In the words of Pawan Kumar Chandana, the CEO and Co-founder of Skyroot Aerospace, “We could build Vikram-S rocket mission-ready in such a short time only because of the invaluable support we received from ISRO and IN-SPACE, and the technological talent that we possess.”

In addition, he also officially announced “Prarambh”, dedicating this mission to the Indian private space sector. He says the private sector has benefitted from the reforms guided by the Central Government and its vision.

All of Skyroot’s launch vehicles are named “Vikram”, after the founder of the Indian Space program, renowned scientist Vikram Sarabhai.

The COO and Co-founder Naga Bharat Daka says that the Vikram-S rocket is a single stage sub-orbital launch vehicle. Apart from carrying three customer payloads, it will also help test and validate majority of the technologies in the Vikram series of space launch vehicles.