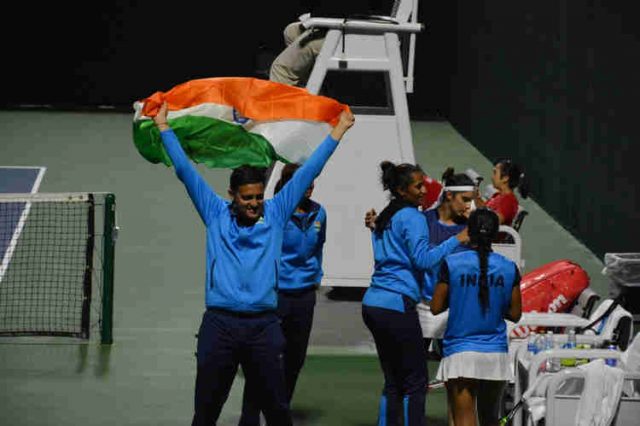 If I could go back to playing professional tennis again, I would in a heartbeat!

A journey that started on the tennis courts of Modern School, Barakhmaba Road culminated in me achieving my dream of representing India and winning for my country. I had the fortune of playing in the Davis Cup for India and also winning an Asian Games Bronze Medal at the 2002 Busan Asian Games, South Korea.

Currently, I have the honour of being the Captain of the Indian Fed Cup team, and we recently created history by becoming the first Indian team ever to advance to the World Group Playoffs in Fed Cup competition.

My journey as a professional tennis player took me to several parts of the world, which really helped me grow as a human being and made me more aware and sensitive towards different people and their cultures. I made many friends along the way who remain dear friends till date, even though we barely meet due to the distance.

To be a professional player required a lot of desire, discipline, determination and dedication from an early age. I didn’t attend parties or go out with friends as I was always busy training or playing tournaments. I was so passionate towards my game that nothing distracted me from what I wanted to achieve.

Read the full article here in our July 2020 issue.

Vishaal Uppal is the Captain of the Indian Fed Cup Team and under his leadership the team created history in March 2020, when they became the first-ever Indian Fed Cup Team to qualify for the World Group Playoffs. Vishaal is a former Indian Davis Cup Player, Asian Games Bronze Medallist (Busan 2002), former National Champion, and winner of numerous international titles in singles and doubles tournaments. He is also a recipient of the Rajiv Gandhi Khel Puruskar, Delhi Government’s highest sporting honour. Vishaal loves tennis, lives sports, and is keenly interested in learning more about the inner journey of life.

Education, Passion, and the Journey of Self-Discovery