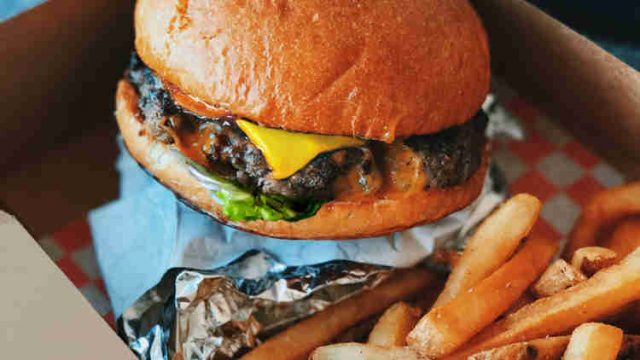 The contribution by the Indian food service sector is multi-dimensional. Being a people intensive industry, it engages more than five million people directly and seven to eight million indirectly. The industry employs unskilled, fully skilled as well as differently-abled people.

The food service industry encourages growth and value addition in many related industries such as real estate, commercial kitchen and equipment, beverages, food processing and supply chain. Research shows that both the organized and unorganized sectors have been contributing to the economy and employment. It is important to note that currently only 30% of the industry is organized, clearly indicating a large growth opportunity.

Quick Service Restaurants (QSRs) enjoy the largest share of revenue in the food service industry and 44.7% share of the food service market in 2019-20, with a size of INR 16,920 crore/ USD 2.35 billion. This segment in India is largely dominated by international chains including Domino’s, KFC, McDonald’s, Pizza Hut, Burger King, and Subway. The large Indian QSR players are Haldiram’s, Bikanerwala, Wow Momo and Jumbo King.

The evolution of aggregator deliverers (such as Swiggy and Zomato) in India has challenged QSRs who previously dominated the delivery market. Consumers now have a plethora of F&B options that can reach them swiftly. QSRs are somewhat cautious of being overly reliant on aggregator deliverers given, in part, that none of the aggregators are yet profitable. To this extent, there is a latent interest in maintaining control over delivery and all aspects its value chain.

The food service delivery market in India is already among the top ten in terms of Gross Market Value (GMV) – a key metric that measures value at the level of consumer spend (as opposed to aggregator income for example). Delivery aggregators – companies that capture orders from customers and deliver the ordered restaurant meals – are largely responsible for the recent rapid growth. The growth in the food delivery business has been powered by the rise of aggregators, cloud kitchens, logistics providers, own-brand ordering apps and a plethora of ancillary services that include enhanced POS software, innovation in technical fields such as AI and robotics, and data analytics.

Currently, growth strategies being pursued by aggregators appear clear: acquire new customers, enter new markets and expand share – and do this primarily on a ‘value’ or discounting stance. To this end, profitability has been a secondary issue but there are signs that this is changing, especially as Covid is likely to have a very material impact on balance sheets. There are still significant growth opportunities for entrepreneurs in this segment – from technology solutions to specialized logistic solutions and of course cloud kitchen concepts.

My career spans over 30 years. I started at the bottom of the pyramid – washing dishes and bussing tables during a summer job while at The Doon School! After working part-time during school and college vacations, I did my Hotel and Restaurant Management degree from the Cornell Hotel School, USA.  Subsequently, I worked for two years in the US – at The Four Seasons Hotel, Philadelphia and Spring Garden Bar & Grills, North Carolina.

I came back to India in 1992 and joined Nirula’s as a Technical Advisor and worked in various areas including operations, business development, marketing and PR. I helped establish Nirula’s in Muscat, Oman. In my second stint between 2006 and early 2012, I was a co-investor and CEO. We significantly grew the busines and contemporized the brand. This included creating new smaller formats which were replicable in various retail settings including airports, metro stations and highways. Nirula’s expanded from 35 outlets in 2 cities to 85 outlets in 8 cities. The Nirula’s brand has a strong emotional connect across generations, as it is Indian to the core of its heart, while still being international in look and feel.

From 2001 to 2004, I set up over 100 Pizza Hut and KFC restaurants in India, Sri Lanka, Mauritius and Bangladesh for Yum Restaurants as Manager (Development) for the Indian Sub-Continent. I was then Joint Managing Director of MARS Hotels and Restaurants in Mumbai, India from 2004 to 2006; the company operated diverse F&B Concepts and boutique Hotels in Mumbai, Pune and Bangalore.

Eventually, by identifying the niche for operational consulting and leveraging my diversity of work and start-up experience, I founded Tasanaya Hospitality in 2012. We serve clients across the Food Service, Hotel, Retail, and other related industries and have executed over 100 projects in the past 8 years. I have a very hands-on approach, have always promoted empowerment in my teams and fostered a culture of innovation. I like to recruit people who are driven, hard-working and take initiative.

Samir Kuckreja is Founder and CEO of Tasanaya Hospitality Pvt. Ltd. He held the positions of Trustee and President, National Restaurant Association of India (NRAI) from 2009 to 2019. NRAI is the apex body of Independent and Chain Restaurants in India with over 7000 members across India. Among other interests in the industry, he is a Founder Governing Body Member of the Tourism and Hospitality Skill Council, India, since 2014. The Council works closely with the Ministry of Skill Development and National Skill Development Corporation, Government of India. He is also one of the youngest members of the Board of Governors of The Doon School, Dehradun, which has provided an opportunity to give back to his alma mater in a meaningful way.