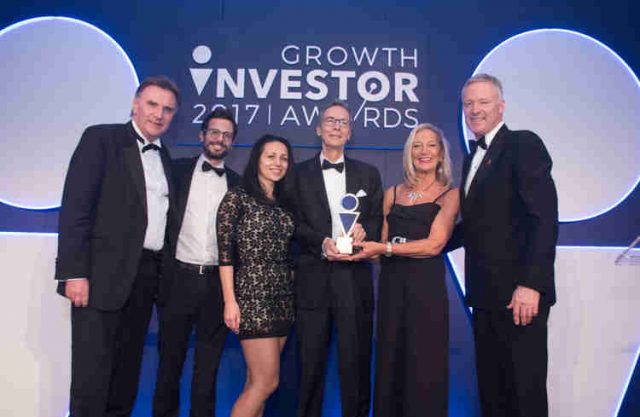 We all have choices to make about the career we want to go into.

When we make this vital choice we are still very young and we decide based upon many   factors. Probably, the three key issues that determine what route we take are Education, Desire and Peer pressure. Most people begin their career by combining these three in their thinking. We may have a degree in economics, but our real interest lies in social welfare, but our family and friends might want us to go into their family business or some other route, and so it goes on.

It is a big decision and not easy.

BUT even if you make the wrong decision and spend a few years doing something you decide is not for you, you can still change. And often people change their life by becoming an entrepreneur. You are never too young or too old to start your own business or join a friend in their business. It is NEVER too late to change. Some people become entrepreneurs as old as their sixties, or even older.

BUT you must remember that to be an entrepreneur is high risk, and must have the right personality and character to do this very difficult job.

Make no mistake; being an entrepreneur is one of the hardest things to do.

What are the character traits of the most successful ones? If you don’t have some of these at a minimum, you may struggle to make it in the tough world of start-ups.

It also pays to be a good listener and take advice from advisers BUT without compromise from the core purpose.

Additionally, you have to know that at any moment things can change and you will need to manoeuvre fast to save the day. Black Swans are now a normal part of life and being an entrepreneur means you are vulnerable to the effects of them.

You need a grasp of numbers as “Cash is always King” and understanding the key financial metrics are vital to success. You cannot rely on others on this. Understand how the numbers work and what they mean for your business.

You must be a good team player. If you are the leader of the team then lead but listen and motivate your core team. Lead all the company members and inject the passion you have for the project into all of them.

As an entrepreneur you will live a lonely life. Especially if you are the leader. Be ready to have ups and downs and be ready for your family and friends to not understand why you are that way. Only peers in similar businesses will understand your feelings. So being a leader of a start-up is a VERY difficult thing to do and a career choice that is easy to make but not so easy to be successful at.

Entrepreneurs have an ingredient within them that drives them forward. Often this ingredient has been added to their character early in their lives. Many successful founders say they were determined to prove to others they could do it! Could be the parents OR the siblings OR any key influencer in their youth. It is quite often not money that drives them, but success and ego.

So how do you know if you can be a successful entrepreneur?

Well, to start you need to have the flame burning within you. If this passion does not exist then you are probably making a mistake.

You need to have a long term horizon. You probably won’t make much money for a few years.

You will need to understand that it will probably take five to ten years before the business shows success enough to reward you. It is very unlikely to happen overnight.

I started a number of software businesses in the eighties and nineties when it was great to be a software entrepreneur. The heady days when anything was possible. I surrounded myself with people better than me in their discipline – a top sales guy, a top marketeer, a great tech guru, etc. Without the team, I would have failed. No one can do it alone.

After exiting a couple of businesses (one was sold to a part of Moody’s India) I started my investment company in 2012. Again, learning from the past and what I believe strongly in, I surrounded myself with top talent. We are now the leading early stage investor in UK! Teamwork always prevails over a one man band!

We have now invested in over 200 start-up companies and it is quite clear why people succeed or fail. They succeed because:

Plus, it always helps if there is a team of at least two at the start. The team should have compatible qualities and skills. A great example is a company we invested in seven years ago. It is now worth 450 million dollars. Why? Because the initial founding team of three are still together and they have compatible skillsets. There is a great sales guy as CEO, a top techy as CTO and a well organised person as COO. They work brilliantly as a team of three. We now invest ONLY if we like the team. The ideal team is like the one above; with a leader who has the vision, passion and people skills to get talent to work with him or her. A leader can get the best talent at a fraction of the cost that they would expect elsewhere. They do this by selling the vision and creating the path to success.

This brings me back to why you would want to become an entrepreneur?

There are (at least) two types of people; the doers and the sleepers. The doers are the entrepreneurs. They change things. They move the paradigm. They actually matter more than the sleepers in the big scheme of things. The sleepers sleep at their big corporate desk.

You should decide which one you are going to be. There is nothing wrong with being a sleeper of course…most people are! But it is so much more exciting to be a doer and be in charge of your own destiny and life. Even if it goes wrong. You are responsible for your own future, not reliant on a big company. And remember that it is even harder now to work for a big company after the pandemic. Nothing is secure any more. They can fire you easily and you are then left in a void. Taking charge of your life, tough as that can be, gives you more autonomy and more responsibility for your future.

So my answer to “Who wants to be an entrepreneur?” would be EVERYONE. It is tough. It is volatile. You might be poorer. You might have more sleepless nights. BUT, my goodness, it is more fulfilling. It is more exciting and it is much better to be in charge of your own life. After all we only have one of those!

Good luck entrepreneurs around the world! Come on, help change the world for the better!

Stephen Page is a veteran of the software industry with nearly 40 years of experience as an Entrepreneur, Investor and Fund Manager. Stephen has founded and exited a number of software companies, including DataEase – a global DBMS company; and Sapphire, Inc. – an emergency management software. He founded SFC Capital in 2012 and is in charge of company direction and investment strategy of SFC’s funds. SFC Capital is the UK’s most active seed investor (PitchBook, 2020), having invested in over 250 early-stage startups; including Onfido, Cognism and Transcend Packaging. Stephen is also involved in supporting SFC portfolio companies by providing them with strategic advice.